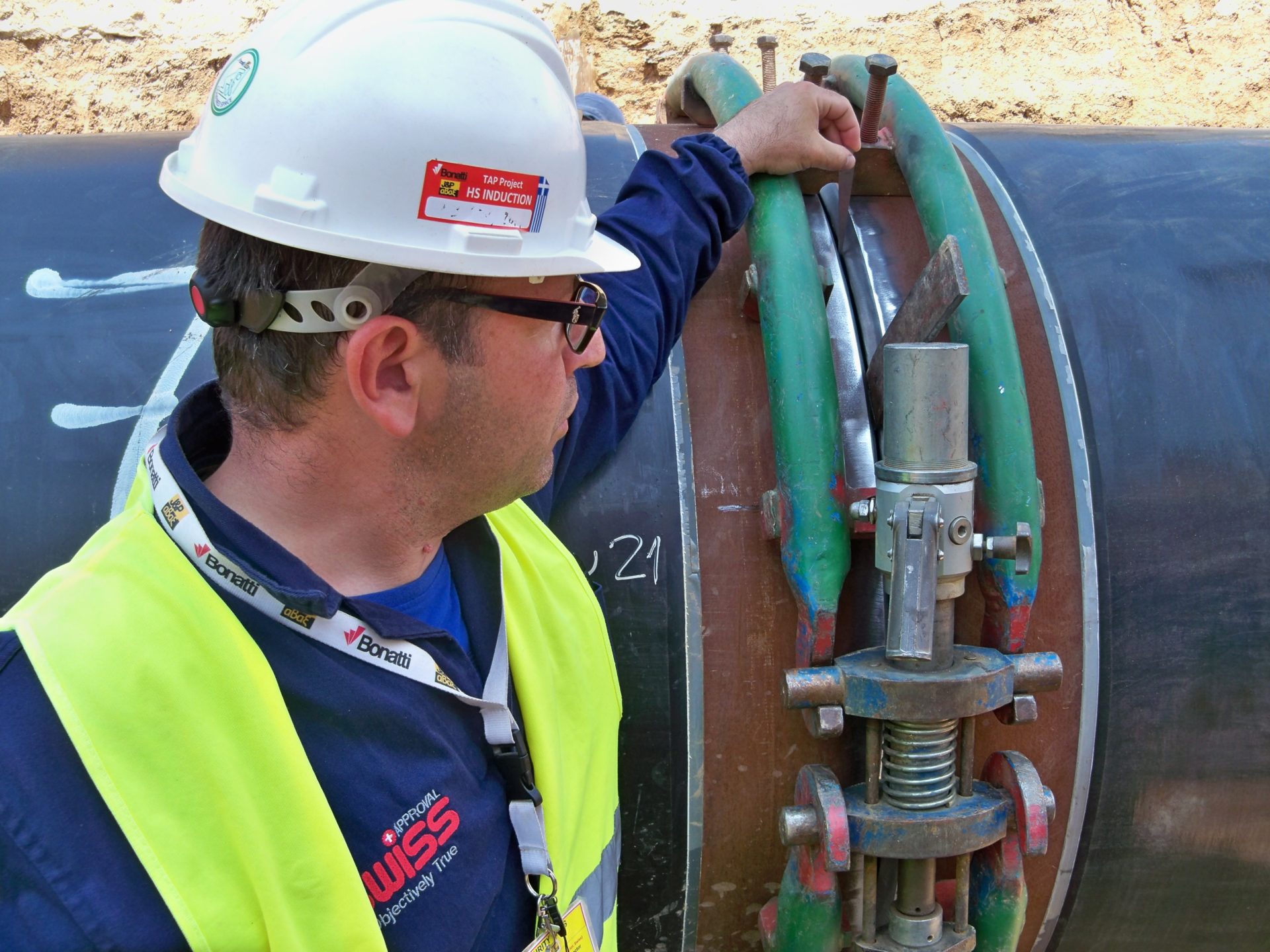 From there, TAP will continue onshore, crossing the entire territory of Northern Greece, its longest stretch, then onward East to West through Albania, to the Adriatic coast.

The offshore section of the pipeline begins near the Albanian city of Fier and it will traverse the Adriatic Sea to tie into Italy’s gas transportation network in Southern Italy.

TAP is of 878 kilometres in length (Greece 550 km; Albania 215 km; Adriatic Sea 105 km; Italy 8 km). Its highest point is approximately 2,100 metres in Albania’s mountains, while its lowest will be 820 metres beneath the Adriatic sea.

Swiss Approval Technische Bewertung, based in Elefsina, full member of the Swiss Approval Network, is unconditionally appointed as Third Party Inspection Body by TAP, for the 400 Km of pipe line in Northern Greece, constructed by Bonatti and J&P Avax.

Inspection services consisted of Field Inspection Services, Qualification of Welders, Approval of WPS and WPQR, monitoring of ITP, Valves Stations inspection, and issue of the Final Inspection Certificate for the whole pipe line section, towards Authorities and Insurance Companies.

This site uses cookies to ensure you get the best experience on our website. Find out more.